A game I liked was Elsword, it got me into character designs. I enjoyed the simple and fluid design and animation of Hollow Knight. The uniqueness of the battle ninja suits of Warframe reflected the abilities in the physical designs in their subtle style, and how Stardew Valley seemed to portray the townsfolk in-depth with fashion choices we’re all used to seeing.

A few weeks ago when we were playing, an evil goddess summoned the party to her mansion and gave us an order. I thought this character was interesting, so I decided my first design would be the goddess Lolth. I asked my DM to describe the character as he remembered, specifically asking him to exclude details of her appearance.

And below is the designs I came up for her. You can read about my design choices in full resolution by clicking the image to open my Flickr where I uploaded them. 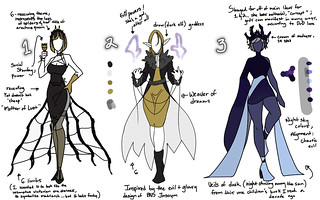 This is the silhouette I created before drawing in the details, following the videos I watched in order to get started. 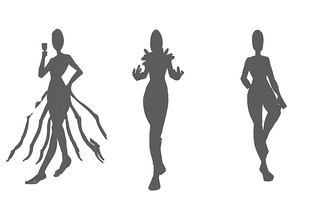 Recently I reconnected with an old gaming friend of mine. He was always a writer, he used to write short stories and upload them in the group chat. He told me he has been writing, but this time a full-on story, so I wanted to draw that.

he told me that the character was “a preteen rogue, vengeful, smart, fair. is kind to others when around them and is seen as reliable by them, returns anger with anger when he feels its necessary. He used to be a prince that got exiled due to an unfair circumstance in his kingdom. The setting is set in medieval fantasy and it’s an adventure mystery type story. ”

I came up with these three designs, I mostly only focused on the fact he was a rogue. All the other details were too specific and limited my creativity. 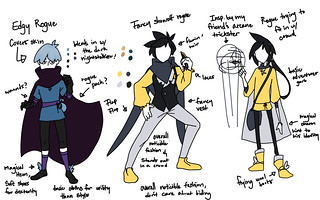 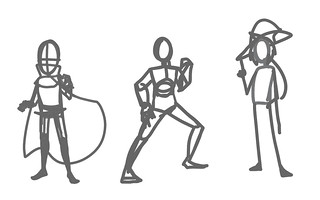 Week 3 – a magical companion for a mage

I was asking my friends for character ideas, and someone suggested ‘why don’t you make animals too, not just humans?’ I thought this was interesting since I like the idea of grand patrons. I had no idea I absolutely suck at drawing animals, though.

I took ideas from friends I was talking to at the time with my previous week’s work. they wanted to see a jellyfish phoenix and a red panda-sheep.

for the last one, I wanted to make a ‘protector of the forest’ kind of a companion. 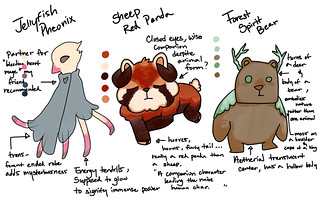 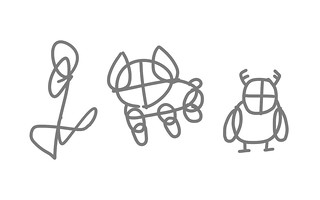 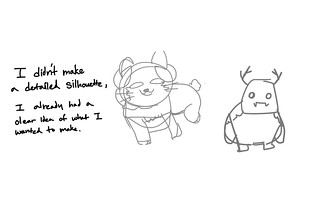 The friend who gave me the idea for the phoenix jellyfish also gave me the topic of the next character, a ‘bleeding heart’ mage. I wanted to make the jellyfish be the mage’s patron.

‘Bleeding heart? What the hell did you mean by that?’, I asked my friend.

I had to look up what it meant. According to the Oxford Dictionary, it means ‘dangerously softhearted’. I also found a flower of the same name, it looked like hearts with jewel decorations on the bottom.

I took elements from the flower for the first character. When I was done with it, I noticed how it reminded me of this summer dress I used to own as a child, in first or second grade.

I never got to wear it as much as I wanted to. I remembered that I also had another dress in blue, so I took inspiration from my memory.

For the smaller character in dark blue, I wanted to see if my understanding of colors improved with this goal. I used to play a game that allowed me to customize the characters with “dyes”, that practically allowed every color on the hex. I almost always went with pure white/black and another color. throughout this goal, though, I’ve used:

comparing how I used to choose colors and how I currently do, I think the current method definitely makes more vibrant designs. 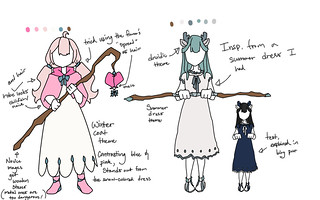 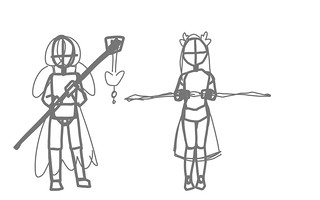