It’s rare to come across an incredibly motivational person like Charles. He professionally created the backbones of the games we worked on together, farther developing his skill on many aspects of Unity and game coding in just under half a year. Charle’s exemplary leadership has been impactful for everyone, his presence in the team drastically improves productivity. He can remain calm and composed in any stressful situations, providing effective insight into problems that could occur. Charles will prove to be a valuable employee in any setting.

With better tools and systems in place, this was our most productive session yet. 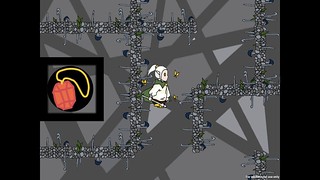 The game is about finding the center of the procedurally generated maze before the timer runs out. The mechanics were simple, being WASD, collision, and a timer. The game is expected, it is reasonably inferred that the reward in the middle of the maze is a ruby, judging from the title. The game is concrete as it mimics what a person would experience in a real maze, complete with dead ends and annoying moments. Player Character’s physics is also designed to resemble the walking speed of a real human. The game is credible as mazes are something you see in real life (although infrequent), such as garden mazes for entertainment and artistic purposes.

I familiarized myself with Photoshop. I learned about being more efficient in my work, as well as managing my group as a whole. I also expanded my leadership skills with the Scrum framework, which we’ll continue to use throughout the year.